Good News for the City! 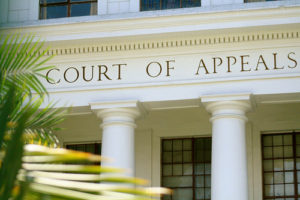 (The petition for rehearing, filed September 8, 2017, has been considered by the court and is denied. Edmon, P.J, Lavin, J. and Michael Johnson, by assignment.)

For more information about this case, go to: http://appellatecases.courtinfo.ca.gov/search/case/dockets.cfm?dist=2&doc_id=2120805&doc_no=B266959

Disposition description:  As of August 24, 2017 the case has been Reversed & Remanded to trial court w/directions

Mercury Casualty Company, as Subrogee of Sarah & Christopher Dusseaulot v CITY OF PASADENA,
Appeal was Heard on 7/18/17 by the The 2nd Appellate District, California Court of Appeals.

This was an appeal from a 2014 ruling which found that a tree could be a public work for the purpose of finding a public entity strictly liable for damages in an inverse condemnation case.  Mercury filed suit against the City for inverse condemnation and private nuisance alleging that the City was liable for the damages to their insured’s house after a tree fell on it.  The Appellate court reversed the trial court finding that a tree that is not part of a planned or designed improvement, is NOT a public work for inverse purposes.  The ruling still leaves open the possibility that publicly owned and maintained trees could be found to be public works.  The question seems to turn on who planted the tree and for what purpose.  If a tree is planted by a public entity for a public purpose, such as a street beautification project, it could/probably would be considered a public work for inverse purposes.