Thank you, men and women of CAL FIRE

George Hills extends our appreciation and thanks to the California Department of Forestry and Fire Protection  (CAL FIRE) and specifically to the dedicated men and women who protect over 31 million acres of California’s privately-owned wildlands and provide emergency services in 36 of the State’s 58 counties.

The recent California fires that resulted in mass evacuations throughout Northern California and burned thousands of acres, prompted Governor Brown on October 9th, to declare a state of emergency for Napa, Sonoma, Yuba, Butte, Lake, Mendocino, Nevada and Orange counties due to the effects of multiple fires. October 10th, a Federal Major Disaster Declaration was issued to support the state and local responses.

The Governor’s Office of Emergency Services also activated the State Operations Center in Mather, California to its highest level and is coordinating closely with other local, state and federal emergency response officials to address all emergency management needs.

According to CAL FIRE (www.fire.ca.gov), while specific needs are being identified, financial donations through the following organizations are the best way to assist those affected by the Nor-Cal fires. 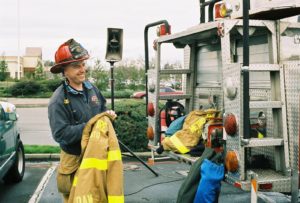